For those who were a bit inattentive, I’m gonna make a short summary. Kawasaki recently presented a 1000 with a centrifugal compressor that slaps your face with its 200 horsepower and that will dispense atrial fibrillation to anyone who jumps on the saddle. Nothing.. we saw many sport bikes actually. We tested loads of them. This is a different story anyway. This motorbike is the most impressive thing you’d be able to ride during 2k15. Riding on an H2, beside being one of the most mystical experiences one could do, it also generates a series of issues, such as: going around without being noticed turns into something impossible, you’ll be mistaken for Batman by the kids you run into while waiting for the traffic light to turn green and you’ll surely be stalked by other bikers who will ask you to turn on the engine just to hear the compressor hissing, and so on. Another big problem who comes with the H2 is that nobody will ever ever have the bravery to challenge you to who gets first to the next traffic light. Staring at this bike’s enough to understand that it cannot be beaten. What really leaves us breathless is its dispensing power: it should feel like being on a fighter jet that is taking off. The engine, when at its low-mid range, has a linear push that no other bike in the whole world has. Everything comes beforehand. The power, and the next traffic light.

If you’re looking for a specific usage for this kind of bike, than you’re out of focus. This is just a stunning motorcycle. ‘Nuff said.
A motorcycle like this can only be photographed by a total legend like Orazio Truglio. We also made a GIF in order to make you understand how much fun we had while taking the full shoot of the bike. 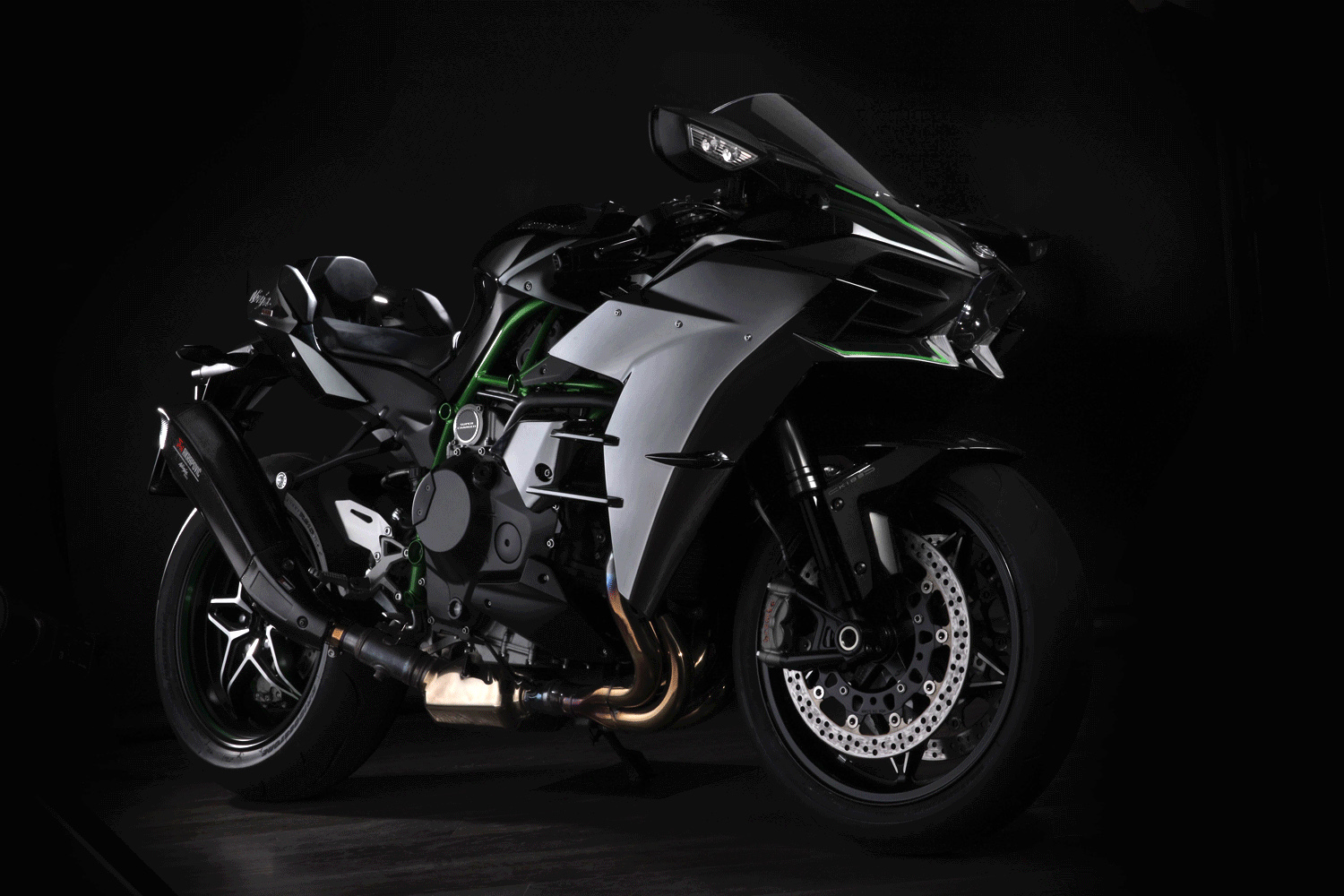